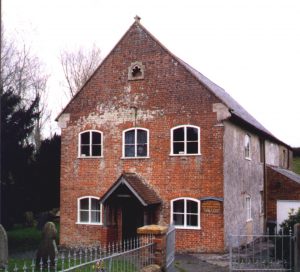 I thought it would be good to catch up with some of the folks who come to the Chapel.

Chris Gadd    He has had to cease doing the sort of work that he is usually engaged in. He is using the time in preparation and admin work like his paper work which is usually left to the last moment like the tax man. He would value prayer for recent contacts and the word sown.

Peter Atwill     He is living on his boat and the Mission they were to hold in the Midlands has been cancelled. He was in terrible pain when he took the service at Whitbourne after a nasty fall on a visit to someone on a very dilapidated canal boat. He fell through the steps as the wood was rotten and ended up with his leg in the engine compartment. Cellulitis set in and on Wednesday he was doing his daily

exercise along the towpath and had walked the first time without the aid of a stick! The group are serving older canal boat owners by delivering diesel and food parcels. Peter is plugged into the electric hook up at his mooring, but has to start his engine to charge his batteries from time to time.    Phone 07801562483

Trevor Brain   He says all OM work is stopped. The Logos Hope which is in Kingston, Jamaica is closed down. There are 400 aboard but they are able to feed themselves from stocks held on board. Nassau is cancelled. Cork, Dublin and the Faroe Islands are cancelled. France is cancelled and a trip to the Dry Dock in Spain is cancelled. So the present plan will be to stay in the Caribbean. Trevor is taking a daily walk and is enjoying the weather so much he is going to have a go at his garden!!!    Phone 01249 444686

Mr J Hobson is hoping to give us an outline of his service for this Sunday and James will send that to iphones or email addresses as necessary.

If you are missing Corsley? Fret not it’s still there. Gill saw it! 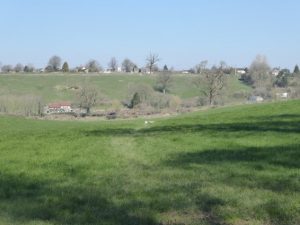 God is our refuge and strength.

Could it be that we will be privileged to see a mighty worldwide awakening to the things of God and spiritual revival. Let us trust Him who is able to do abundantly above all that we ask or even think!!!!!